I have been struggling with some of my studio work, and these little pleinairexcursions have been a great exercise in capturing a moment, color, light…and knowing when to stop…plus an added bonus of fresh air, and making art in public.

I have thawed out from this mornings painting (you can see it in my instagram or fb stories) . Now that its warmed up to 37 degrees, i thought id take my paints down the street for a second plein air painting. Todays a great day to be here because Robbin Lee Weingartner is hsving an open house in his studio–with Nicholas Denham performing live music.

I have finished a new painting! Sorry folks, it has already sold, BUT you can see it, and order prints by clicking the image below. 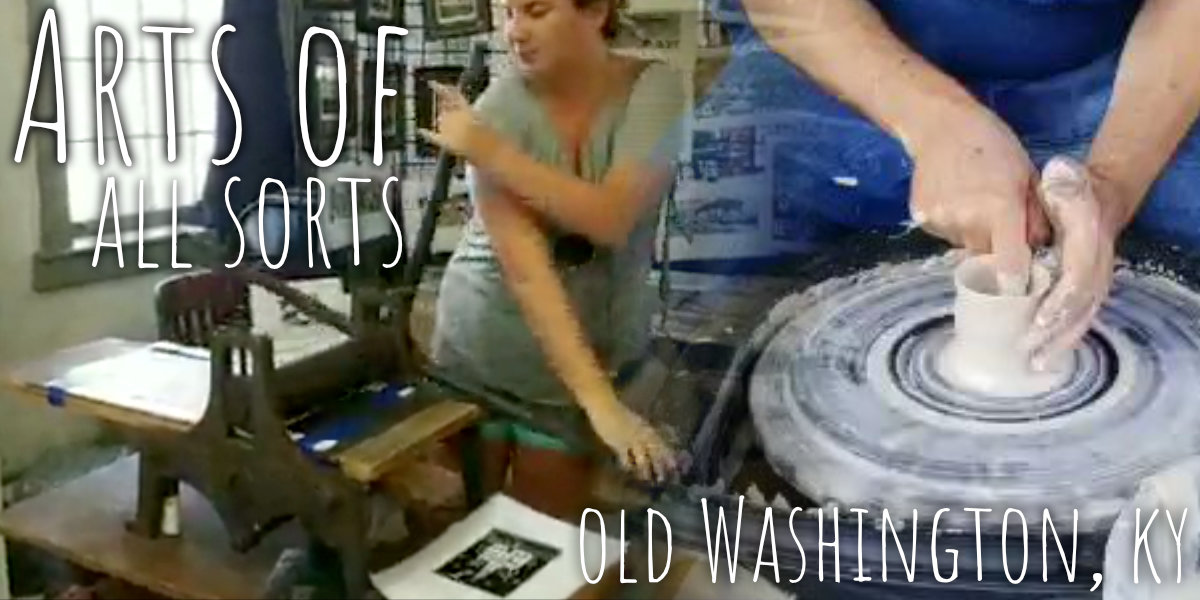 I made a short video of Old Washington’s recent: Arts of all sorts. The video was LIVE, so it’s a little bit shaky and I did do any editing, but it takes you into the moment of visiting our little village during an art activity. I’m so lucky to be a part of such a creative community. Thanks everyone for making it possible!

If you don’t have the time to watch the whole video, here are a few photos of the video’s highlights. 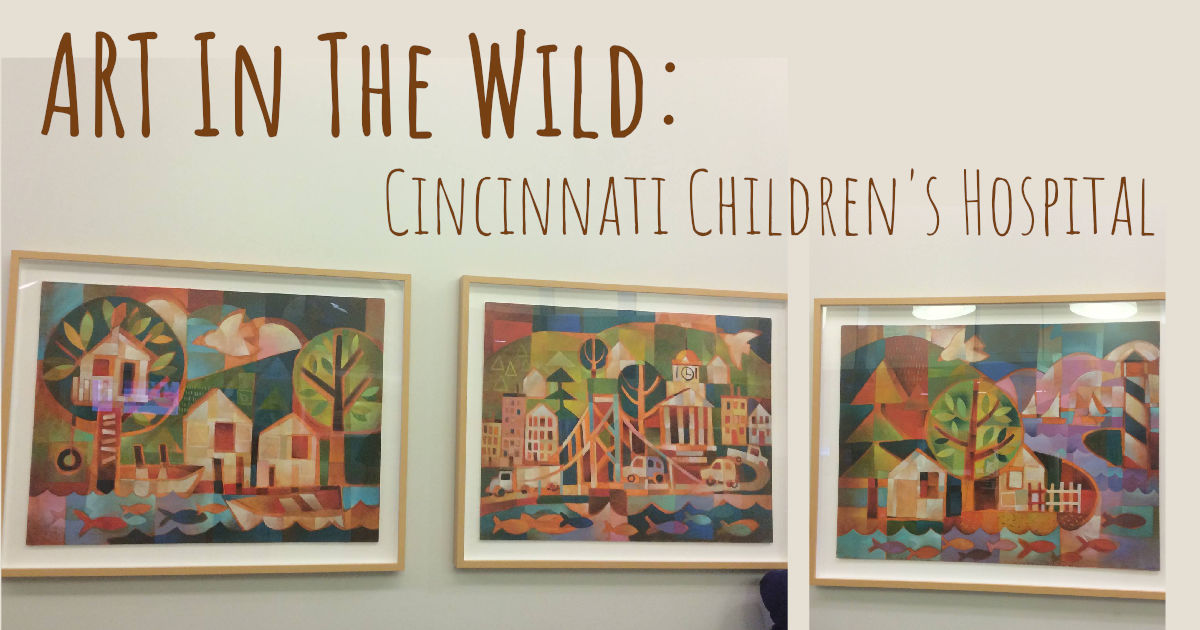 One of my big projects last year was a series of paintings for Cincinnati Children’s Hospital.  I never got a chance to see the paintings framed and in their new home. I was excited to see one of my friends share photos of the paintings on facebook. (and gave me permission to share the photos here – thanks Emily!). The paintings are oil on canvas, and bigger than you might think (3ft x 4ft each). She had to take 2 photos, because all 3 were too wide to fit in one photo. Thanks again for sharing!

I’m watching the eclipse from my studio. The view looks like this:

Yes, it’s finished (even framed), Oil on Canvas – 20×24″ –I wasn’t going to show it off until this Final Friday at the Pendleton Art Center, BUT in honor of the eclipse, i’m showing it off today.

As of this moment, the original is available, prints too. Click the image below for more details. Enjoy the eclipse, everyone!

The hotel website, Oyster.com, recently published an article titled, “The Best Small Towns in America“, and guess who was number 4? Maysville, KY!!!

I’m really not that surprised. It is beautiful out here. We are on the Ohio river and there are a lot of our downtown’s old time architecture is still in place. The neighborhood where I live, Old Washington, is one of Kentucky’s first settlements.

The community is VERY supportive of the arts. Our local government,  groups and private individuals have all created and supported programs, organizations and incentives to make our area a vibrant place to live for everyone.

I don’t have family connections (like many of the residents) in Maysville, but I chose to live in this small town for the above reasons.

A small town fits my personality, and is a great place to work. There is inspiration direction I look.  To celebrate our recent acknowledgement, for a limited time, I created a gallery on my website featuring some of the paintings I created with Maysville as the subject. So until you can make a trip out to visit Maysville in person, click the image above for a virtual visit through paintings.

I finished a new oil painting this week. It’s called, “Watching the clouds”, and is a reminder for me to take time to enjoy the simple pleasures of life.
You can click the picture to see it in my online gallery, or see it in person tomorrow, Friday 26 May at the Pendleton Art center in downtown Cincinnati.

I don’t participate in a lot of outdoor art shows, but whenever I can, I go to Covington’s sculpture park along the Ohio river for the Duveneck Art Show. It’s usually the day before Mother’s Day.  The people who organize the show are community minded, and love artists. They even treat the artists to a garden party after the show!  How can I resist?

This year, I tried something different: I used Facebook’s ‘Live Video’, to let my friends see what was going on at the show. Because it was live, the video is completely unedited, and un scripted. I had stage fright at first, but it was fun, and it has given me some ideas for future live projects that I can do in my studio. A copy of the video is still on my  facebook profile, so you can click the link below to see how it went.

I won the Duveneck Award! I was really excited about that because the art becomes a part of the Kenton County Public Library’s collection, and is exhibited in one of their libraries. This show and award is in it’s 48th year.  The Duveneck show art collection has never been displayed as a group…until June 4th. The Behringer-Crawford museum is going to have an exhibit of all 48 Duveneck Art Award winners. I’m thrilled to be a part of it!

The winning piece was an ipad drawing of the view from my studio at the Pendleton Art Center. I think it’s interesting because it contrasts downtown Cincinnati’s old historic architecture, with it’s newer towers in the background.

I also won ‘Best in Show’ for my overall body of work. I was embarassed, because it isn’t common for the same artist to win two big awards at the same show. My work isn’t easy to catagorize, and that can be an advantage or penalty, depending on how traditional the judge is. Thank you, thank you, thank you, for the recognition (and prize/rent money!)

It was the ‘day of Ken’, because in addition to the two awards, I also won the ‘People’s Choice’ award. Guests at the show were invited to vote for their favorite artist…and it was me and my work! I am thrilled to know that my work is reaching and inspiring others.

Outdoor shows are a lot of work, but it feels more like a day of hanging out with friends-in contrast to a ‘day in the office’…especially when it’s the Duveneck Art Show. Thanks again to everyone who worked hard to make it happen!

I am only doing one more outdoor show this season… it’s Art In The Garden, in Augusta, KY on June 3rd. Don’t miss the fun, I hope to see you then!

You can visit Ken every Final Friday of the month at studio 400 at the Pendleton Art Center in downtown Cincinnati or by appointment. You can also visit him at the Log Cabin Print shop Saturdays from noon-5pm in Old Washington, Kentucky.